Ryan turned his back on his familys' enterprise in the ammunitions industry to become a paramedic. When he gets shot and almost dies on duty he struggles to stay true to his morals. 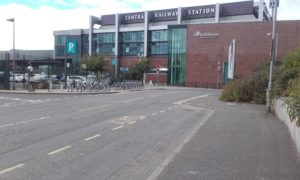 Belfast Central – What is it about?

Belfast 1993: A nocturnal ambulance service at the Belfast Central Station almost turns deadly for the young paramedic Ryan. In the crosshairs of the IRA, he is badly wounded and wakes up in the hospital with muddled memories. The police close the case fast, leaving too many burning questions unanswered. Most importantly, who was that old man who appeared at the scene out of nowhere and saved Ryan’s life? Not fully recovered yet, Ryan begins searching for the mysterious man, only to get dragged into a feud between opposing paramilitaries – with fatal consequences…

How did it come about?

I like to refer to my first book as “The Book” because it will (hopefully) never take me that long again to finish a novel. How clueless I was, when I started writing the first lines 12 years ago – lines that didn’t survive. But the main character did, and with each draft, he became stronger and more authentic. As far as I am concerned, he is of flesh and blood now; that’s how much time I gave him to develop.

What also stayed the same throughout this painful experience was the topic. Ever since I read the Joan Lingard’s Kevin and Sadie series. I wanted to write about the Northern Ireland Conflict. The question that drove me was: How come Ireland became independent from Great Britain in 1921, but the Troubles broke out in 1969 – almost 50 years later? Despite extensive research I consider myself everything but an expert on the topic. But I can fairly say that Belfast Central is an authentic novel that considered historic events without falling into clichés. 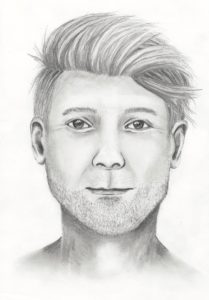 The fate of the unfinished

Many manuscripts end up in a desk drawer, unfinished and soon forgotten about. With Belfast Central being my first try, it could have gone that way, but the story and the characters were too important to be put aside. I stayed true to them and pulled through a lot of drafts and rewriting. The characters of Belfast Central were worth the effort. And I am sure reading about them will be as thrilling as telling their story was for me.

So, enjoy and keep reading!

What do you want to do now?